Once configured, the Nesting functionality takes jobs from Hotfolders, received from Editors or directly added to the RIP and nests them on the defined media size. The processes starts only after the start criteria has been met and creates the nest job(s) out of all the ones that are nested.
Below we will take you step by step through creating one or multiple nesting settings and explaining each in detail.

To define multiple nesting configuration repeat the process described in the first chapter.

Lets take an example for clarification:
Assume there are two queues; one Photo-printing and one Normalizing, then proceeds to configure two nest options as follows: 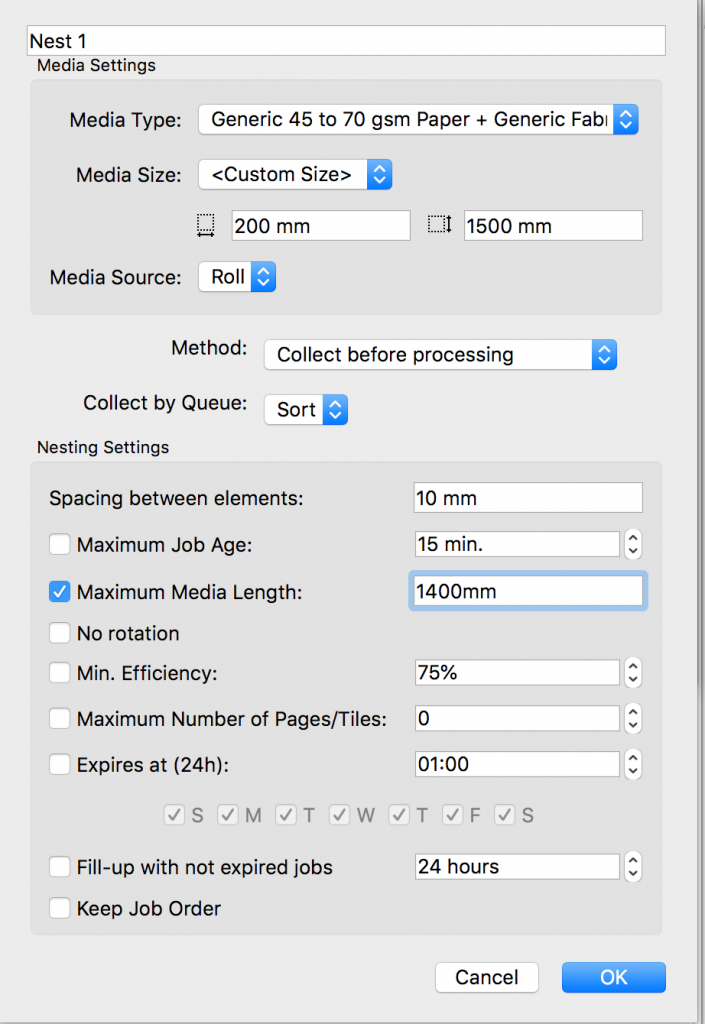 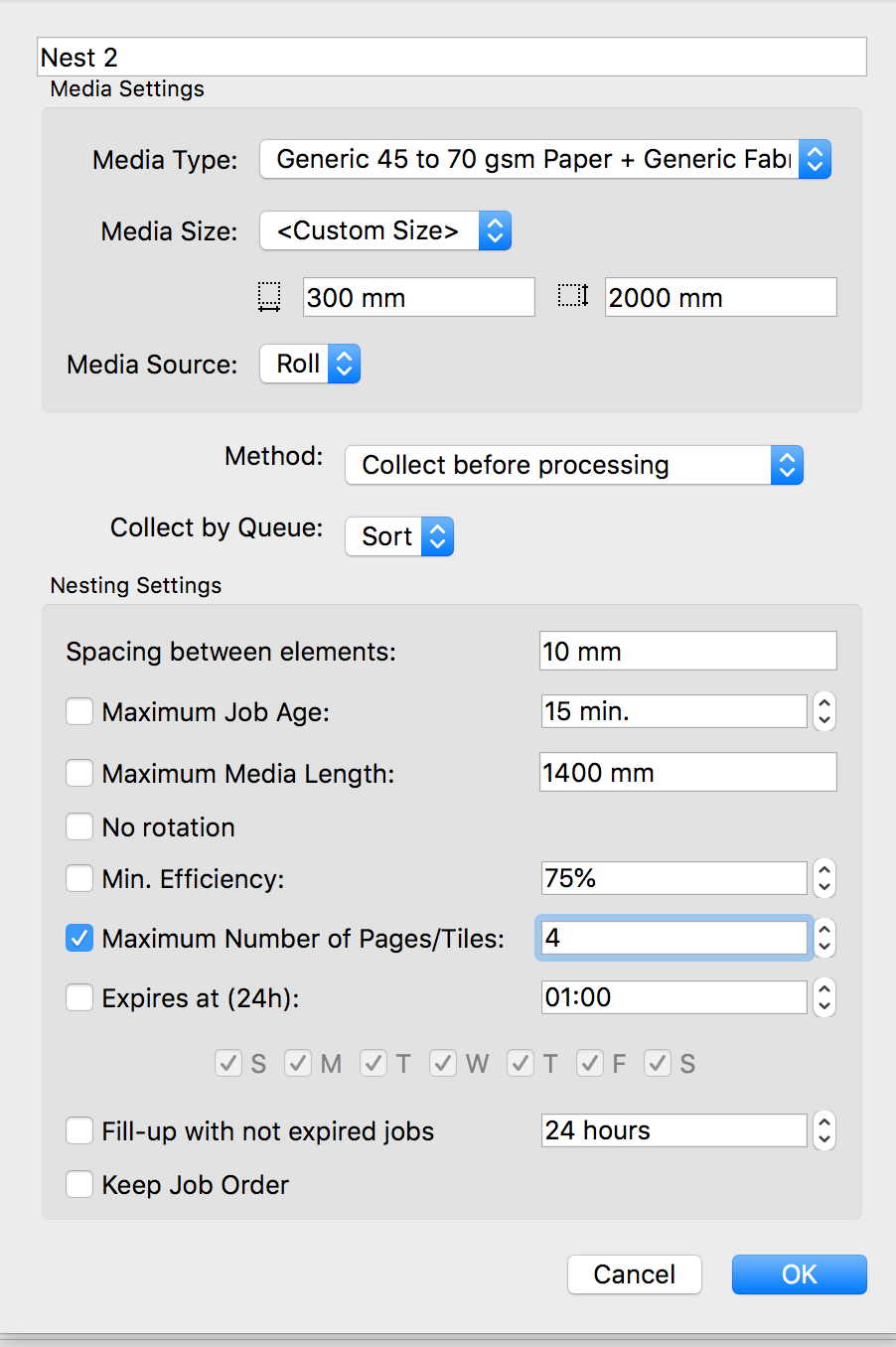 Next: drop some files in both hotfolders. The process that follows is the following: All the nesting configurations apply to all the queues, so a job is initially added to all the nest jobs. It is then checked against the settings (media size) and it is added to the nest were it fits. If the job fits on multiple nest configuration it is added to all and when one nest is triggered it is removed from all others, so that the job is not printed twice.

Note: In the queue settings there is a tab called Layout are related to the job part automatic placement and should match the selected media for the nest setting.

Was this article helpful?